I have a gig: one that pays money, one in which I know I will be treated with the consideration due a professional with my experience.

It is part of our practice as artists to not take these opportunities for granted. Getting work as a musician where you can expect to be paid reliably (if at all, unless you really find value in beer tickets) and work in a clean and safe environment is not something many of us can rely on anymore. It is also a good practice to remember because YOU landed a gig, OTHERS didn’t. It would not surprise me if there is another guitarist who is much more talented and trained than I am who would gladly give his eye teeth for my job. 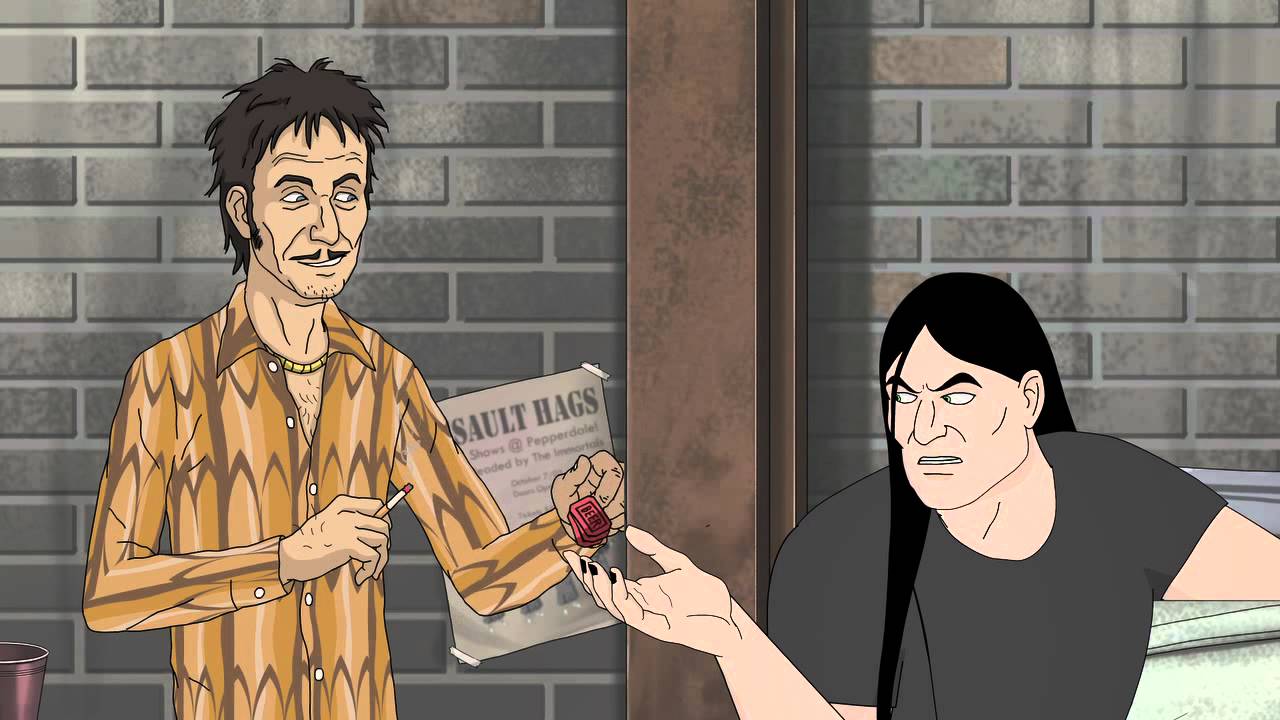 One way we can honor our colleagues is to treat work seriously when it comes our way. Although guitarists will always have a tendency to judge each other no matter how skilled, I simply refuse to let my own carelessness, poor craft, or unprofessional attitude to lead someone to rightly conclude that he or she would being doing a much better job than I am doing if only given the chance.

Right now I am working on a production of the musical The Full Monty with the Short North Stage, a professional theater group that I have been associated with in the past. It’s a fun book with a nice R&B/rock feel and a lot of nice horn parts. Theater work can make a lot of demands on your time–it is not unusual to have to sit through a 12-hour rehearsal where you only occasionally may get to play for more than a few bars at a time. But in exchange, the Short North Stage has a contract outlining the terms of payment which is waiting for me on my music stand the first day of rehearsal, and I know they will pay me (not in beer tickets) when they say they will. So while I have an obligation to do well for my guitar-playing colleagues who don’t have a gig, I also have a professional obligation to do the best I can for the people signing the checks. It takes a shit ton of money, time, and risk to produce and market any theatrical production. If someone is taking a big financial risk, then I certainly owe it to them to play in tune, show up on time, and be nice to work with.

Since I don’t do theater work for a living, I know that when I sign a contract, in exchange for my pay I have agreed to have the specific skills necessary to work in a pit band. So in between the time I say “yes” to the gig offer and the time I unpack my gear, I must give serious thought to getting myself in shape.

Getting in shape doesn’t imply that I never practice guitar unless I have a gig, and now I simply have to now relearn everything I used to know. It means that it there is not enough hours in the day to practice every skill I need for every gig I could be offered. I maintain a level of general technical proficiency, but sometimes I need to focus on certain muscles I haven’t used in a while.

Being a professional anything means this: you have the knowledge and skills to adapt your craft/art to any position within your chosen field. A psychologist once told me a story that illustrates this point rather well. There is a respected pediatric psychologist who is hired to head the department of geriatric psychology at a well-known teaching hospital. One day, one of his students asks him, “Professor, when was it that you became an expert in geriatric psychology?”

“Why, when I accepted this job!” the professor replies.

For example, even though I have never seriously studied classical guitar, I have been hired (and re-hired, thankfully) for both solo classical and chamber music gigs.Does this mean I’m the best classical guitarist going? Far from it.

What it does mean is that if you hire me to play classical guitar, I am going show up on time with the proper equipment, play in tune, look professional, and play with a smile on my face. I am not going to put any strain on the conductor by forcing him or her to spend an excessive amount of time trying to accommodate “that shitty guitarist.” A large part of being professional is knowing how to make what you do seem effortless, which is not necessarily the same thing as being the most technically accomplished musician in the room.

When I say I am getting in shape for gig, I mean something quite specific. It means that I will make an honest appraisal of my own strengths and weaknesses and, based on this knowledge, practice and study exactly what I MYSELF need to know in order to make everyone–the money folks, the stage director, the sound guy, my fellow musicians–not disappointed to have me on the gig. A musician with an unprofessional attitude can very quickly drain everyone else’s confidence and enthusiasm, from the lighting tech to the chorus line dancers. Being unprofessional is both disrespectful and stressful for your collaborators.

Since, as I said, what I need to practice to play professionally for a musical may is probably not what you would need to practice. So first, I take stock of my strengths.

Larry’s strengths as a guitarist:

And I must look at my weaknesses.

Larry’s weaknesses as a guitarist:

Those are only some, but with this information, I can start to think about how I can adapt my skills to a theater gig. Based on such a list, I might begin getting into shape in this way.

I think you get the point. Ultimately by getting in shape, it means that I will be able to enjoy playing the gig, which will allow me to think more about the musical than fingerings. Struggling through your music for two or three hours for four shows a week is just miserable, and is not worth any amount of money. If anything, being professional means that you will likely have a much better time on the bandstand.

2 thoughts on “Getting into Shape”